Get fresh music recommendations delivered to your inbox every Friday.

by The Calais Sessions 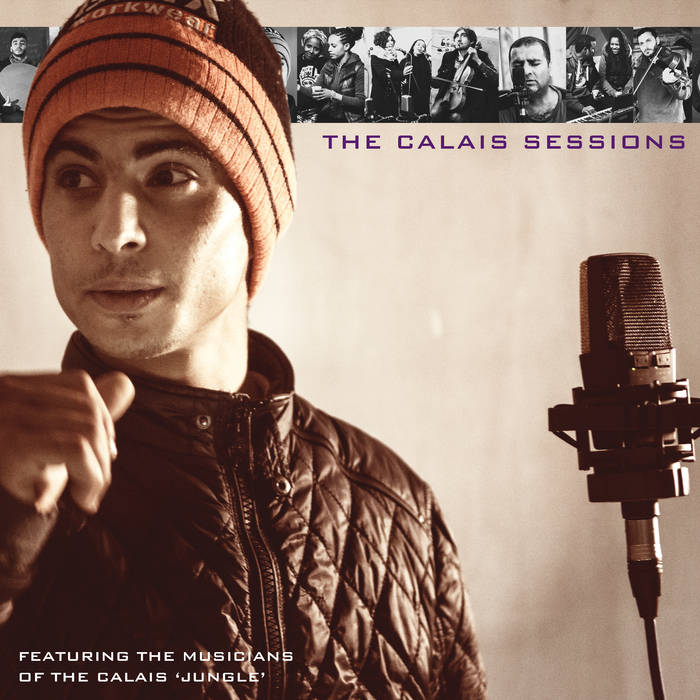 Amanda Quaid This is one of the most moving and arresting albums I've ever heard. I put it on initially just to hear the first track and ended up sitting still and transfixed for the entire thing. Thank you for this music.

Lewis Barfoot The singers voice touches my every fibre it is so beautiful and such an awesome cause to support. Long live the universal magic of music to connect us as humans Favorite track: La Llorona.

Sian The 4 tracks I've already heard from this are wonderful and I am really looking forward to the full album. The best of good luck to you with everything you do. You are amazing

Mike & Suzi Hearn Blandford CARES (Calais Aid: Refugees-Europe & Sudan) was created to support humanitarian aid to European refugees. Initially specifically for the Calais "Jungle" but since extended to include camps in Syria, Turkey and Greek Islands.
As Blandford has a particular association with Southern Sudan, we have a particular interest in that area of the Calais "Jungle" where they are encamped. It is to this area that our first relief trip went. Our face book page is "Blandford Cares...."

Diego Brown and the Good Fairy

Music made in the Calais 'jungle' by the talented musicians there, facilitated by The Calais Sessions music project.

The Calais Sessions is a collective of creatives from the UK who use the universal language of music to empower and entertain Europe's refugees.
Our team travel armed with a colourful array of instruments, and on arrival at camp we connect with the local musicians, hear their stories and see where we can collaborate. Meanwhile, a makeshift studio is set up on site in which to capture these tracks by day, as is a venue to host performances by night.
Excited news of our arrival travels fast; just under the surface is a deep and heavy yearning for self-expression.
From the raw Syrian folk song to the nectar-sweet Ethiopian gospel lullaby, and the clannish Sudanese drum circle to the most infectious Afghan pop, it is clear that Europe has been bestowed a treasure chest of rich and exotic cultural heritage. Let's embrace it we say.
These are the people behind the headlines. Will you listen to them?

All people involved in The Calais Sessions are volunteers.
All tracks recorded by Damien Barriere-Constantin of Cooz's Records Oxford. Massive thanks to Kevin Cousineau, manager of Cooz's for his generosity, time and expertise.

Money raised from sales goes to the charity Citizens UK, working to reunite unaccompanied refugee children with family members in the UK and as donations to the refugee musicians playing on the album.

An eclectic group of musicians from 'the jungle' refugee camp in Calais alongside UK musicians join together and feature in their first album. All recorded in a makeshift recording studio in the camp.

Bandcamp Daily  your guide to the world of Bandcamp